A company called Spoke aims to improve road safety by providing riders and drivers with hardware and software that provides real-time data about hazards through the use of wireless vehicle-to-everything (V2X) technology. We’ve had the chance of a demonstration at the Sea Otter Classic in California.

V2X is communication between a vehicle and anything that it may affect, such as other road users. 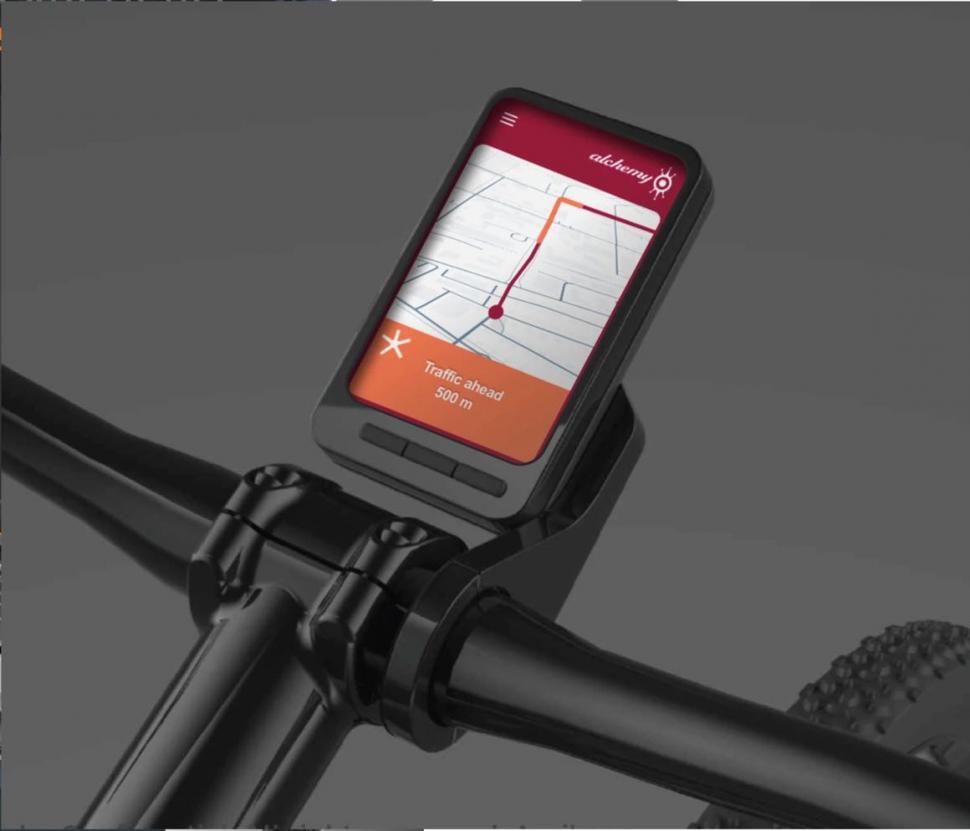 Spoke says that it is providing the first connected IoT [Internet of things] ecosystem “to offer secure, direct communication for contextual awareness and alerts between drivers and riders, enhancing safety for all road users”.

The technology is designed to tell riders when vehicles are approaching from behind, for example, as well as to provide alerts when car doors are open or when vehicles are leaving parking spots. The tech can also provide a car driver who is indicating with an alert that a nearby bike rider is likely to pass on the inside, for instance, to avoid turning across them, although there are loads of other situations that could be highlighted.

In other words, Spoke seeks to avoid those common situations that result in “Sorry mate, I didn’t see you” (SMIDSY) incidents.

“This new technology, once implemented, will usher in a new era of connected mobility, providing riders and drivers real-time data about safety hazards on the road. This marriage of technology and mobility will provide the safest on-the-road experience for cyclists and drivers alike.”

The backbone of Spoke is C-V2X – cellular vehicle-to-everything technology. C-V2X is based on existing 5G tech (the fifth-generation tech standard for broadband cellular networks).

Spoke says that is partnering with numerous other companies, including Audi and many major bike manufacturers, to create a new vulnerable road user to everything (VRU2X) ecosystem. It says that VRU2X will provide direct communication between all users 10 times per second. US tech giant Qualcomm is said to be developing chips to support this technology.

“All these features, such as VRU2X traffic notifications, connected route navigation, security services, ride, health and fitness experiences, [will be] delivered via the Spoke App, the OEM’s digital application or synched with existing third-party apps, all of which can be accessed over the Spoke bike display or the smartphone.”

A car’s C-V2X system communicates directly with the Spoke system added to a bike; it doesn’t go via satellite so does not require network coverage.

We got the chance to try out the Spoke system at the Sea Otter Classic in Monterey, California, last week. 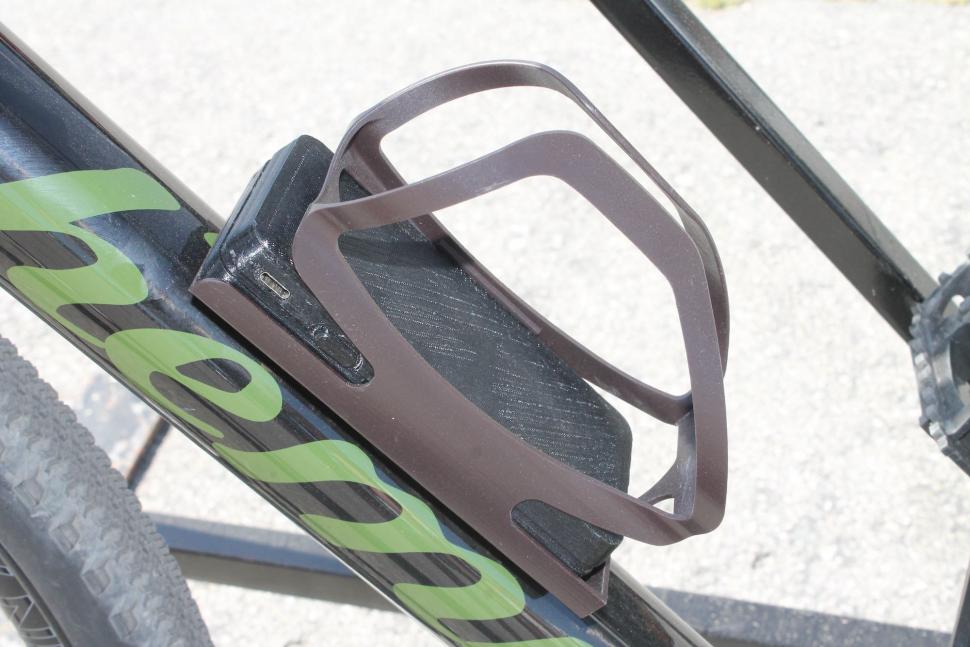 All the magic happens in a small black box that’s fixed to the bike. Spoke has a system where the box is housed in a compartment on the underside of a bottle cage although other designs are possible. It could even be carried in a cyclist’s pocket.

The box is connected wirelessly to a head unit that sits on the handlebar. Spoke was at pains to point out that the large head unit it devised to demonstrate the system is by no means the version it’ll eventually come to market. Something more comparable to a Garmin Edge or a Wahoo Elemnt computer is much more likely. The safety features will be just part of the package; you’ll also get more traditional bike computer features: speed, distance, power output, and so on.

We rode a bike equipped with the Spoke system and travelled in a car equipped with compatible technology while another rider was on the bike. 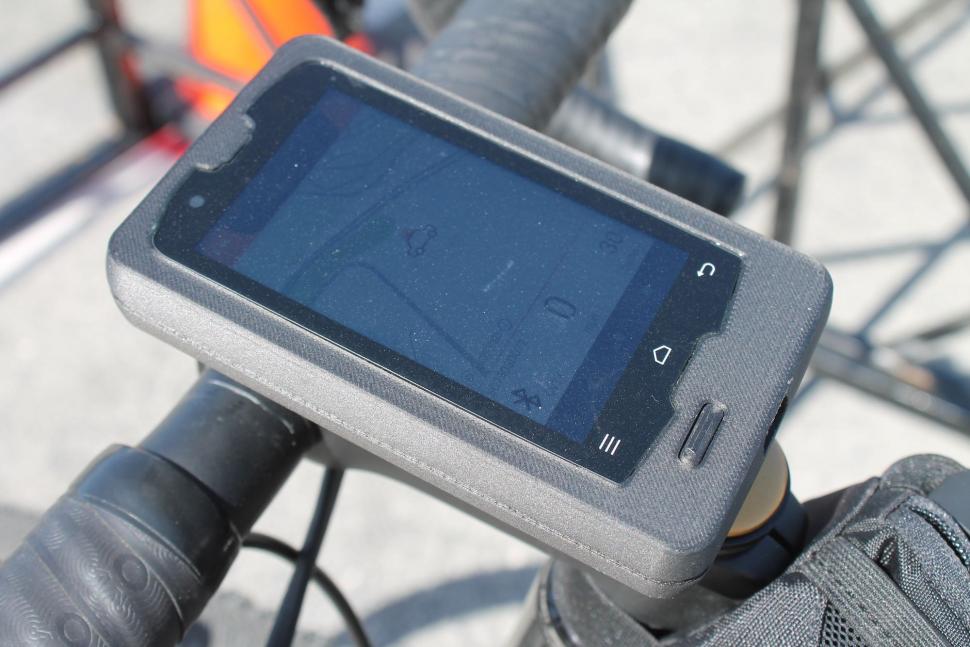 One scenario demonstrated that while riding along, an alert appears on the screen of the head unit when a car approaches from behind. The warning could equally easily take the form of an audio alert.

The technology can in theory provide alerts when car and bike are within 300 metres of one another, but that’s likely to be too far in most circumstances, particularly in urban settings. Spoke reckons that the sweet spot for providing warnings is about 5-7 seconds before given situations are likely to occur, or 3-5 seconds if emergency action is required. When the bike is moving away from the vehicle, no alert is given.

Another possibility is for the system to warn a cyclist of hazards around a corner. Say you’re riding towards a crossroads in a built-up area, for instance, and your visibility is obscured by buildings. The technology could warn you that a car is approaching the same crossroads at right angles and is going to arrive at the same time, even though you can’t see that car.

The system can warn a driver that a cyclist is going to emerge from a junction or from between parked cars even though they’re not visible. Similarly, it can be set up to warn an indicating driver not to go ahead with a manoeuvre if a cyclist is approaching on the inside.

As mentioned above, the details of the scenarios for which warnings are provided could be tweaked relatively easily, the key point is that the tech can provide communication between different road users to improve safety, even when those road users aren’t visible to one another.

Spoke says that the necessary technology will be introduced in millions of cars in the next two or three years. Its software and hardware won’t require a subscription; you’ll buy the relevant device and be ready to go. Spoke also describes itself as an open platform, and envisages integration with third-party apps. No release date or prices are yet set.