Leishmaniasis, a parasitic disease, is caused by a protozoan that is transmitted by the bites of infected sandflies. Each year there can be around one million cases of the disease in tropical and subtropical regions, and a further one billion people are at risk of becoming infected.

There are two main forms of leishmaniasis: cutaneous and visceral. The type of disease a patient develops depends on how the infection spreads.

Leishmaniasis infection occurs when a female sandfly bites a person, disgorging the parasites into the skin. Immune cells drawn to the wound engulf the parasites and become infected. Some people have a silent infection, but many develop the disease.

In the non-fatal cutaneous type of the disease, skin lesions occur that take months to heal, leaving disfiguring scars (leishmanisation) on the face or hands. “There is a large social stigma to having leishmaniasis, particularly in the Middle East, and it can have lifelong consequences,” says Professor Paul Kaye, immunologist at the University of York, UK. Cutaneous forms of leishmaniasis are prevalent across whole swathes of South America, the Middle East, in Afghanistan, Pakistan, Tunisia and Libya.

A second form of leishmaniasis (visceral leishmaniasis, or Kala-azar) occurs when the infection disseminates from the skin to internal organs, especially the liver, spleen and bone marrow. “We estimate that maybe five percent of those who are infected with the parasite go on to develop visceral leishmaniasis,” says Kaye. “This is invariably fatal if you don’t receive treatment.”

Visceral leishmaniasis is most common in Sudan and other parts of east Africa, and in Yemen, Brazil and southeast Asia. A third form of the disease destroys the mucous membranes of the nose, mouth and throat, occurring especially in Bolivia, Brazil, Ethiopia and Peru.

“The parasites causing these diseases are transmitted to humans by the bite of the female sandfly, which is a very tiny creature, much smaller than a mosquito, and very hard to control,” says Kaye. Sandflies don’t make noise, and bites may not even be noticed, the European Centres for Disease Control (ECDC) notes. Sandflies are an emerging problem in Europe, relating to global warming and societal behavior. They are gradually expanding northwards in Europe, helped by the fact that the species Leishmania infantum infects dogs. In a 2020 study, one in ten dogs in Spain tested positive for L. infantum, but with great regional variation. In some areas, over half of the canine population tested positive.

Treatment of infected humans should start promptly and takes many weeks. The cell machinery of the parasite resembles our own, making it challenging to kill. “The drugs can be quite toxic to human cells,” says Kaye. Clinically, the drugs have a narrow therapeutic window, so you must be careful about dosing and side effects can be severe,” he adds. The therapeutic regimen is comparable to chemotherapy for cancer, with the drug killing the parasite slightly faster than the patient’s own cells.

There is no vaccine for leishmaniasis, despite initial optimism and a great deal of effort. “When I started in this field, in the late 2000s, we had about 175 different variations of leishmania vaccines,” says Professor Nathan Peters, parasitologist at the University of Calgary, Canada. In the 1980s, it seemed that Leishmania would be susceptible to a vaccine. “It was viewed as the parasitic disease that was going to be the first for which we had a vaccine, because we had this observation that people who were infected were highly resistant to re-infection,” says Peters.

Indeed, long before the smallpox jab, Bedouin tribes in the Middle East had rubbed scrapings from active lesions into the skin of children – in areas such as the feet – to protect them from subsequent infection. This method resembled a sort of “live vaccine” and is termed leishmanisation.

But triggering protective immunity using a conventional vaccine – such as protein subunits of Leishmania and an immune stimulant (adjuvant) did not pan out. Research revealed that, while the parasite is controlled after most infections, this first infection is never eliminated. And this chronic infection keeps the immune system prepped to defeat reinfection. “This isn’t immune memory, in the classical definition, because you have an ongoing chronic infection,” says Peters. “The cells critical for immunity are those that recently interacted with the primary infection.”

Antibodies do not protect against an initial infection. Instead, certain types of T cells are needed. A live primary infection is protective, but deemed unethical, since in some cases the lesions can take a long time to heal. Immunologists have reconsidered vaccine strategies, away from the protein subunit plus adjuvant, popular against many bacterial infections, for example.

Researchers in North America developed a live attenuated strain of the parasite, with Dr.s Hira Nakhasi at the US Food and Drug Administration (FDA) and Abhay Satoskar at Ohio State University leading the way. They reported that knocking out a gene (centrin1) in Leishmania donovani, a species that causes visceral leishmaniasis, generated protective immunity in animal models against various types of Leishmania infections. Then, the lab of Greg Matlashewski at McGill University got involved and created a weaker second generation strain, by editing the gene out of L. major (a species that stays in the skin) using CRISPR. This approach does not cause a lesion but stimulates what looks like a promising immune response.

“This gene-edited attenuated strain grows really well in culture, but it doesn’t replicate well once it gets inside a human,” says Matlashewski. “It gets inside macrophages, but it just stays there for some time, maybe a couple of weeks, but enough time to generate a protective response.” Animal studies looked promising, says Matlashewski, who hopes to begin a Phase I trial at Johns Hopkins in Baltimore, Maryland, before moving towards a field trial in India and/or Africa. Any vaccine should protect against the 20 or more species of Leishmania. Matlashewski says this strain protects against cutaneous and visceral disease, but they will first target areas of the world with the lethal visceral form of the disease.

Another approach, advocated by Peters, is to create a depot of parasite protein in the body to be released over time. This is something his lab and others are working on, though it is not yet ready for clinical trials. Peters notes that it would be enough for any leishmaniasis vaccine to prevent people from becoming hospitalised or severely ill.

In the UK, Kaye piggybacked on vaccine development for malaria and leaned on the same viral vector technology that went into the Oxford–AstraZeneca COVID-19 vaccine. The leishmaniasis vaccine candidate consists of two genes, modified to cover parasite diversity, and delivered by a chimp adenovirus. Development began in 2008, and the vaccine is now in a Phase II efficacy study in Sudan, though this has been held up by the pandemic. “We are waiting now to see whether giving a single dose of the vaccine would be as effective [as a therapy] as giving the drug,” explains Kaye. He now also has funding from the EU to start a prophylactic vaccine program to try to prevent disease.

Experts say a Phase III field trial to test efficacy in a Leishmania vaccine will be expensive. The disease waxes and wanes, and it will be difficult to predict and then select a geographical area with sufficient cases of the disease.

Kaye has begun human infection studies in York, whereby sandflies infected with parasite strains that cause mild disease are permitted to bite people. “Most regulators insist on large-scale clinical trials, but if we go down this route, it could well be at least five years before we have an indication of success,” says Kaye. Finding out whether a vaccine works could be speeded up if regulators decided that data from a controlled human infection model was sufficient for approval, he adds. There is a research project, Leish Challenge, that is developing a human challenge model of L. major infection. Another way to facilitate vaccine trials would be to inject a protein from Leishmania as a skin test for exposure to the parasite, as noted recently.

In 2018, 92 and 83 countries or territories were considered endemic for, or had previously reported cases of, cutaneous and visceral disease, respectively, according to the World Health Organization. Leishmania mostly impacts children aged between 2–12 years of age, and often infects the poorest of the poor.

Other risk factors include malnutrition, drought, famine, flood and population movement. The disease is encouraged by the breakdown of health services, poor living conditions and more exposure to the sandflies. “The largest epidemic of visceral leishmaniasis, that started in the early 1980s, was in southern Sudan,” says Kaye. “It killed about one-third of the region’s population; 100,000 out of 280,000 died of leishmaniasis.” Some visceral-causing species only transmit between humans, so a vaccine could supress transmission and the incidence of these parasites.

India, Nepal and Bangladesh have programs to reduce visceral leishmaniasis, but any let-up would see the disease rebound, predicts Matlashewski. He suspects that cases in Africa right now are “probably increasing dramatically.” Any vaccine would need to cost $2 or $3 per dose and would likely require financial support from governments or nongovernmental organisations. But this is the only way forward. It has been estimated that over a 10-year period, 300–830 million doses will be needed for visceral leishmaniasis and 557–1400 million doses for cutaneous disease vaccines. 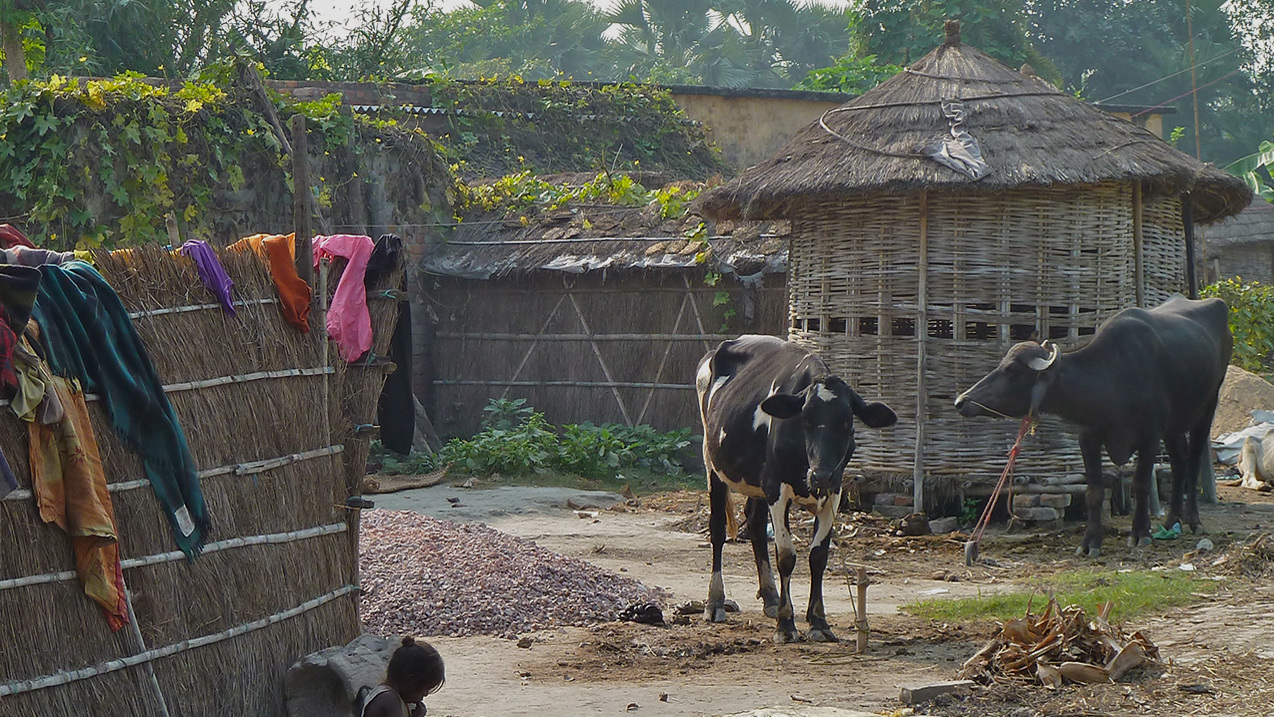 “Without a vaccine, this disease isn’t going anywhere,” says Matlashewski. “A vaccine would really have a big impact on improving the quality of life in some of the poorest parts of the world.”

There is a sense of optimism around vaccine development. “I’m definitely more optimistic now,” says Peters, which he attributes to insights gained from the research field over the last 5–10 years.