The digitisation of the modern battlefield is set to accelerate amid the emerging threat of peer-to-peer conflict and extensive reductions in active service personnel. Armed forces globally are focusing on equipping their soldiers with new capabilities and protective equipment by investing in the latest technological advancements for dismounted soldier systems (DSS).

Listed below are the technology trends impacting the soldier modernisation theme, as identified by GlobalData.

Modularity remains one of the key design principles behind DSS, with the increased complexity of multi-domain operations and the rapid pace of technological developments ensuring that only units capable of adapting their equipment to their needs or rapidly integrating emerging technologies will succeed on an ever-changing battlefield.

AI is being considered the most important emerging technological trend within the defence sector, as it will have multiple beneficial applications for defence, particularly within the context of soldier modernisation. 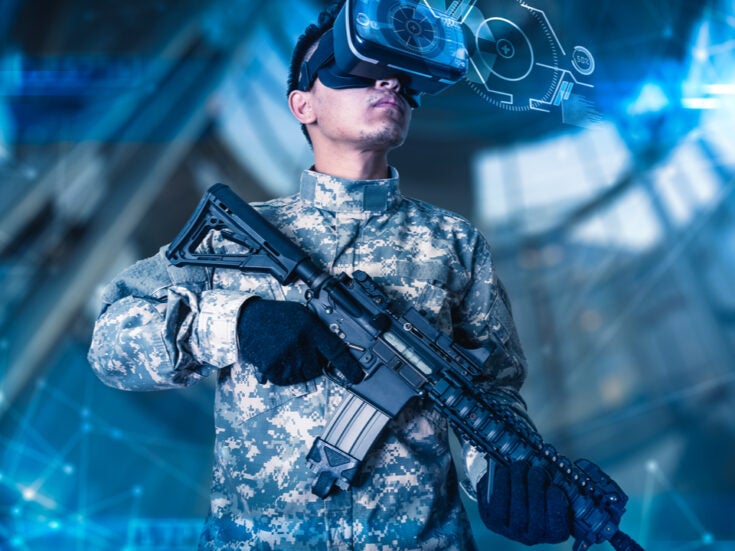 The digitisation of the modern battlefield has led to the emergence of ‘information overload’, whereby the decision-making of individual soldiers is hampered by the amount of data they are required to assimilate, interpret, and react to. The integration of AI capabilities across a range of soldier systems will allow for the rapid processing of tactical and strategic data, providing commanders and troops with a reliable stream of intelligence to enhance reaction times and facilitate force coordination on largescale operations.

As warfare becomes increasingly networked, new wearable devices are becoming indispensable for infantry officers and soldiers to heighten their situational awareness and combat effectiveness. Wearable devices can be linked with radio systems and battle management systems through the use of head-mounted C2 displays; smart sights; smart wrist view; and commander’s combat information displays. The devices are becoming more compact, lightweight, and increasingly integrated into harnesses or other pieces of equipment thanks to the latest developments in dual-purpose material technology.

Recent developments in the field of AR technology offer new opportunities to enhance a soldier’s situational awareness and reaction times, such as the ‘Integrated Visual Augmentation System’ (IVAS) developed by Microsoft and currently being trialled by the US Army. However, unit size, weight, cost, and energy consumption remain the key challenges to its wider adoption.

Unmanned platforms and systems have become an integral part of modern military operations due to their operational versatility and ability to minimise the risks to human troops. Recent developments in the field of man-portable small/nano-platforms have created new opportunities to expand the operational capabilities of dismounted troops and have thus attracted significant investment from various military organisations.

Individual soldiers have become an integral part of the networked battlespace, with the advent of multi-domain operations (MDO). Platforms such as the Black Hornet Nano, a handheld nano-unmanned aerial system (UAS) that can be operated by a single soldier, enable ground troops to collect and share critical data with allied forces in the field. Unmanned systems are also increasingly being employed as a force multiplier, with various militaries exploring the possibilities afforded by MUM-T in future infantry formations. The potential benefits include enhanced firepower from armed platforms, additional load-bearing capacity for operations in remote environments, and enhanced surveillance capabilities.

The Internet of Things (IoT) or the Internet of Military Things (IoMT) is a chain of sensors, wearables, and devices that use cloud networks and edge computing technologies to facilitate intelligence sharing among allied forces and improve reaction times. The trend is at the forefront of the Joint All Domain C2 warfighting concept currently being adapted by the US military, with the ultimate goal being for each individual soldier to act as a ‘data hub’ in a larger, networked force.

The IoMT emphasises the term ‘connected soldier’ through its use of capabilities to connect him or her to a variety of platforms such as ships, planes, tanks, or unmanned vehicles. The IoT and IoMT will allow for greater data processing, transmission, and storage capabilities.

Governments and industries will design weaponry to deliver the minimum collateral damage possible with the development of precision-guided munitions. Ground combat troops are expected to use systems such as laser-guided weapons and guided small arms. For example, Raytheon has produced a new miniature laser-guided missile for Special Forces and infantry troops that can be fired from existing rocket-propelled grenade launchers at a range of two kilometres.

The systems can offer the ability to destroy or neutralise target specifics, while causing minimal damage to surrounding areas, such as housing, and avoiding accidental civilian casualties. Ground forces have a responsibility to monitor their actions as they will be susceptible to international humanitarian laws and are liable for the legal use of force in armed conflict, which could be associated with collateral damage and a possible breach of laws such as the Geneva Convention. Such weapons can be guided by the sensors carried by troops, and these sensors are an indispensable part of future soldier kits.